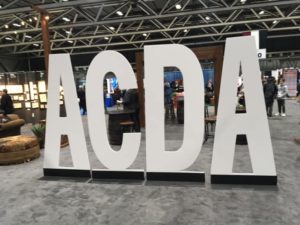 Church Music Institute staff recently attended the American Choral Directors' Association convention in Kansas City from 27 February to 2 March in order to spread the word about the resources CMI can offer to church musicians. 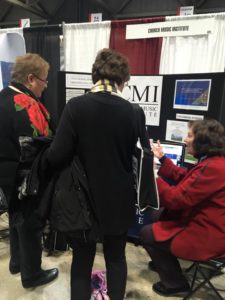 While choirs from across the world descended upon the city, with iconic composer John Rutter the star of the proceedings, the CMI booth in the exhibit hall was staffed for eight hours each day. Charlotte Kroeker, Executive Director, and Benjamin Kolodziej, Director of Programs and Communications, visited with passersby, demonstrating the online music library to many people, and collecting the names of dozens of people interested in the mission of CMI. 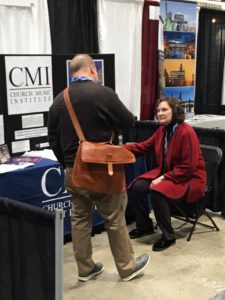 Demonstrating the online libraries, now numbering some 17,500 choral anthems and 12,000 organ titles, often elicited a "wow" from new people. Some mentioned they had heard of CMI but wanted to know more.

According to Kroeker, "It was fun to see old friends, amazed to see how CMI has grown over the thirteen years, and new friends who only recently had heard of CMI. Most who are new to CMI find it hard to believe we are not selling anything, but rather are an educational resource for church musicians, clergy, and congregations." 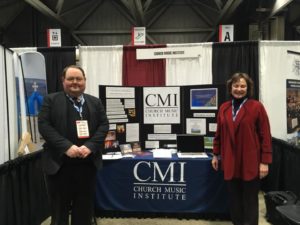