Festival of Church Music at the Meyerson 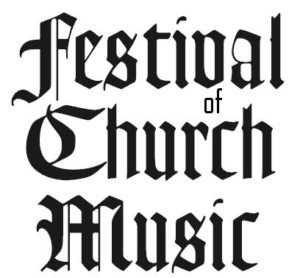 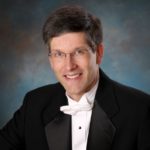 Eric Nelson is Professor of Music and Director of Choral Studies at Emory University. He is also the conductor and Artistic Director of Atlanta Master Chorale. Dr. Nelson’s choirs have performed throughout the world, including London, Rome, Krakow, Berlin, Leipzig, Prague, Moscow, Seoul, Carnegie Hall, Lincoln Center, and the Sydney Opera House. He has conducted choirs at eight American Choral Directors Association conventions. In the summer of 2016, to the astonishment of all who know him, he appeared with Mick Jagger and the Rolling Stones at Bobby Dodd stadium, leading the Concert Choir in the classic “You Can’t Always Get What You Want.”

Dr. Nelson’s ensembles are characterized by the performance of repertoire in a wide variety of styles and for their ability to fuse technical precision with warmth of musical expression. He appears regularly as clinician, lecturer, and guest conductor for honor choirs, conventions, symposiums, workshops, and all-state choral festivals. Nelson is also past president of the GA ACDA.

He is the editor of the “Atlanta Master Chorale Choral Series,” a division of Morningstar Music Publishers and EC Schirmer. His compositions are also published by Colla Voce and Augsburg Fortress. He holds degrees in voice and conducting from Houghton College, Westminster Choir College, and Indiana University. 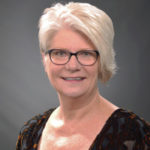 A nationally recognized choral educator, Cynthia Nott has served as Artistic Director of the Children’s Chorus of Greater Dallas since its inception in 1997. Under her leadership, the Chorus has grown dramatically, earned the respect of the Dallas area music community, and impressed audiences by its artistic excellence. In addition to its own concert schedule, Ms. Nott has prepared the Chorus to perform with the Dallas Symphony, Dallas Bach Society, Dallas Winds, Orpheus Chamber Singers, and the Greater Dallas Youth Orchestra.
Prior to becoming full-time Artistic Director of CCGD, Ms. Nott taught choral music in public middle schools for 23 years. She continues to serve as a clinician and consultant for music teachers, conductors, and singers throughout the United States. She is also a frequent guest conductor, appearing by invitation with youth choirs across the country.

Ms. Nott holds a Bachelor of Music Education from Florida State University and a Master of Music in Choral Conducting from Southern Methodist University. 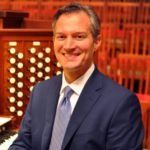 Hailed as “A world-class virtuoso” (The American Organist) and “an expert at defining darks, lights, shadows and colors,” (Birmingham News, Alabama), Bradley Hunter Welch is increasingly in demand as a recitalist, concerto soloist, and collaborative artist. He is the 2003 First Place winner of the Dallas International Organ Competition and was also awarded the Audience Prize for the second time, having previously won it in 2000. In August 2018, Bradley Hunter Welch was named Resident Organist and holder of the Lay Family Chair by the Dallas Symphony Orchestra, where he’ll perform with the DSO and oversee the Meyerson Symphony Center’s Lay Family Concert Organ, built by C.B. Fisk. Dr. Welch also serves as Artist-in-Residence at Preston Hollow Presbyterian Church in Dallas. He has taught at Southern Methodist University and Baylor University and was Director of Music & Arts at Highland Park United Methodist Church in Dallas, TX from 2009-2014.