Praise to the Lord, the Almighty 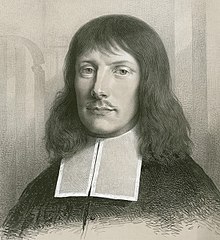 Joachim Neander (1650-1680), a German Calvinist, composed the text to the hymn “Praise to the Lord, the Almighty,” which, in the words of John Julian, stands as “A magnificent hymn of praise to God, perhaps the finest production of its author, and of the first rank in its class.”[1] Having been used in countless coronations, weddings, and festive occasions, this hymn has found a place in various denominational traditions. Joachim Neander’s life perhaps unwittingly reflected the spirit of his grandfather, a pastor who had changed the family name from “Neumann,” meaning “new man,” to the equivalent in Greek, “Neander.”[2] Although steeped in Christian culture, the young Joachim felt indifferent toward spiritual matters, only later experiencing a type of conversion, himself becoming a “new man” after meeting notable Pietist personalities in Frankfurt. A movement within the German Reformation Churches, Pietism stressed emotions and feelings as regards personal faith, a movement conceived in opposition to the perceived dogmatism of earlier eras.[3] When expressed in hymnody, Pietism often produced florid lyrics, which may be either expressly beautiful or frustratingly antiquated, depending on one’s preferences. There are several English translations of this hymn that have found currency, but Catherine Winkworth’s is possibly the most well known. (Although Winkworth’s translation appears in at least 330 English language hymnals, inclusive-language versions may be found in the Chalice Hymnal [Disciples of Christ, 1995], the African American Heritage Hymnal [GIA: 2000], or the New Century Hymnal [United Church of Christ, 1995.]) Winkworth captures Neander’s expressive emotion in the first stanza:

Praise to the LORD, the Almighty the King of creation!
O my soul, praise Him, for He is thy health and salvation~
Join the full throng;
Wake, harp and psalter and song; Sound forth in glad adoration!

Praise to the LORD, who o'er all things so wondrously reigneth,
Who, as on wings of an eagle, uplifteth, sustaineth
Hast thou not seen
how thy desires all have been granted in what He ordaineth?

Here we find also Neander’s appreciation for the natural world. His career as a Latin teacher often drove him to seek solace in a nearby valley, which subsequently became known as “Neader’s Valley,” or “Neanderthal,” a location which would capture its own immortality with the discovery of fossil hominids in the nineteenth century.[4] Neander, though, is quick to pair God’s omnipotence with mercy:

Praise to the LORD, who doth prosper thy work and defend thee,
Who from the heavens the streams of His mercy doth send thee.
Ponder anew
what the Almighty can do, Who with His love doth befriend thee.

Christian theology in its various dimensions has usually manifested a belief in God’s omnipotence, and such a belief is reflected in Neander’s hymn. Nehemiah 9: 6 states,“You are the Lord, you alone; you have made heaven, the heaven of heavens, with all their host, the earth and all that is on it, the seas and all that is in them. To all of them you give life, and the host of heaven worships you.” (NRSV) From Isaiah, to the psalms, to Nehemiah and to many verses not mentioned, this hymn is replete with scriptural allusions which often go unrealized.

This great hymn was published in 1679, a year before Neander’s death at age thirty.[5] The melody comes from 1665 and was specifically chosen by Neander for his text.[6]

Organ settings: (unless otherwise noted, all links go to a copyright-free pdf file)

Processional for Organ, Martin Shaw (not copyright-free in USA but is available for purchase elsewhere.)

Festival Prelude on “Praise to the Lord,” Theodore Drath.

Prelude on “Lobe den Herren,” Rinck. Suitable for a brief prelude, on page 64.