Sponsored by the Church Music Institute (CMI) of Dallas with the generous support of the Lilly Endowment Inc, this conference brings clergy, musicians, and laity to engage in a thoughtful discussion of the most important task of the church, the worship of God. Keynote speaker is Rev. Peter W. Marty, editor of The Christian Century, a journal devoted to shaping America’s conversation about religion and faith in public life. A frequent preacher and speaker at churches and conferences across the country, Marty has written numerous articles related to culture, character, and faith issues in our day. He will explore how to deepen the outward perspective and inward self-understanding of pastors and musicians, and address the growing secularity of culture with a people who, in their willingness to worship almost anything, are busy making God into their own image.

Additional speakers include Ellen Johnston and William Roberts, who will lead workshop on clergy/musician dynamics; Rev. Dr. George Mason and Doug Haney, the pastor/musician duo at Wilshire Baptist Church in Dallas. The 2018-19 Lilly/CMI Scholars, clergy/musician teams who with congregational representatives have engaged in theological and practical conversations with one another and their congregations, will share new findings from their worship and liturgy projects. Registration is $50, or $35 for members of CMI, AGO, or ACDA. A discount of 15% is available for two or more from the same church. 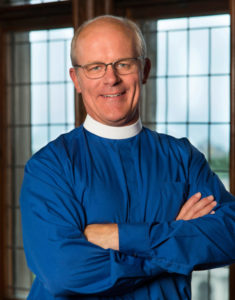 Peter W. Marty serves as senior pastor of St. Paul Lutheran Church, a 3500-member congregation in Davenport, Iowa, and publisher of The Christian Century, a journal devoted to shaping America’s conversation about religion and faith in public life. He writes a bi-weekly column for the Century. A frequent preacher and speaker at churches and conferences across the country, Marty has written numerous articles related to culture, character, and faith issues in our day. He is the author of The Anatomy of Grace (Augsburg Fortress, 2008). From 2004-2009, he served as host of the national radio broadcast, Grace Matters. In 2010, the Academy of Parish Clergy named him “Parish Pastor of the Year,” an award recognizing leadership excellence and faithfulness in congregational development.

Peter has preached in some of America’s more notable pulpits including Washington National Cathedral, Duke Chapel, and Yale University. From 2010 to 2016 he served as the lead columnist for The Lutheran magazine. In 2009, he was named the visiting Hoskins Fellow at Yale Divinity School. Peter Marty has served on various hospital, college, foundation, and community boards. He has served as narrator for different faith broadcast documentaries. Marty is a one-time fellow of the Fund for Theological Education, past member of the Louisville Institute’s Pastor’s Working Group, and a former participant in the Duke Project for the Study of Ministry. He is a graduate of The Colorado College and Yale Divinity School, and was the recipient of an honors fellowship in history for study at Oxford University.

Doug Haney joined Wilshire’s staff as minister of music in July 2004. He came to Wilshire from Providence Baptist Church in Charlotte , North Carolina, where he was minister of music. At Wilshire, he directs the choral program and supervises the church-wide music ministry, with major responsibilities for worship. Wilshire’s 80-voice Sanctuary Choir has recorded three CDs under Doug’s leadership: “Carols We Love”; “The Journey Home” with Cynthia Clawson; and "Prayers We Love." He has led the 60-voice Youth Choir on annual mission choir tours, with recent destinations including the Dominican Republic, Boston, Memphis, New Mexico, Chicago, New Orleans and Albuquerque. His previous experience includes roles as minister of music at First Baptist Church of Meridian, Mississippi; Hillcrest Baptist Church of Mobile, Alabama; and First Baptist Church of Buford, Georgia. He earned the bachelor of music degree (1980) from Georgia State University and the master of music degree (1983) from Southwestern Baptist Theological Seminary. Doug’s passions include excellence in conducting and music ministry with youth. He is a gifted pianist and soloist as well as conductor. He also is a lifelong learner, with a particular interest in the life of ministry. Doug and his wife, Lori, have been married since 1980 and have two adult children and three grandsons.

Ellen Johnston is the Director of Music, Liturgy, and the Arts at Virginia Theological Seminary. She has served churches in Mississippi and Virginia in a career spanning over thirty years. After receiving a Bachelor’s degree in piano from Centenary College, she attended Southern Methodist University earning a Master of Music degree. Ellen was Director of the Mississippi Conference on Church Music and Liturgy for sixteen years after first having served as Assistant Director for eight years. She is past Chair of the National Board for the Leadership Program for Musicians, and has also taught courses for that program since its inception. She is the past Chair of the Music and Liturgy Commission of the Diocese of Virginia, a member of the Central Virginia Board for the Leadership Program for Musicians, a member of the Standing Commission on Liturgy and Music of the Episcopal Church, and leads workshops in Virginia and elsewhere, primarily focusing on worship renewal and music in small congregations. She currently serves as Interim Director of Music at the Church of the Holy Comforter in Richmond.

George is a nationally recognized faith leader, rooted in congregational life. He combines the prophetic and pastoral voices within and beyond the church. He has served in leadership roles with the Cooperative Baptist Fellowship, Fellowship Southwest, New Baptist Covenant, Duke Divinity School, Perkins School of Theology, Faith Forward Dallas at Thanks-Giving Square and other local and global ecumenical and interfaith endeavors. He is the founder and president of Faith Commons, a multi-faith, multiethnic nonprofit organization committed to promoting the common good from a faith perspective. George is the host of the Good God project, a weekly audio and video conversation sponsored by Faith Commons. He is a frequent op-ed contributor to the Dallas Morning News on subjects of public interest that intersect religion, such as public education, race relations and predatory lending. He writes a monthly column on public theology for the Lakewood/East Dallas and Lake Highlands editions of the community news magazine The Advocate.

At Wilshire, George birthed and directs a pastoral residency program that has become a model for other congregations nationwide since 2002. His book, Preparing the Pastors We Need: Reclaiming the Congregation’s Role in Training Clergy, was published in 2012 by Alban Press. One of his passions is encouraging those whom God has called into vocational ministry. 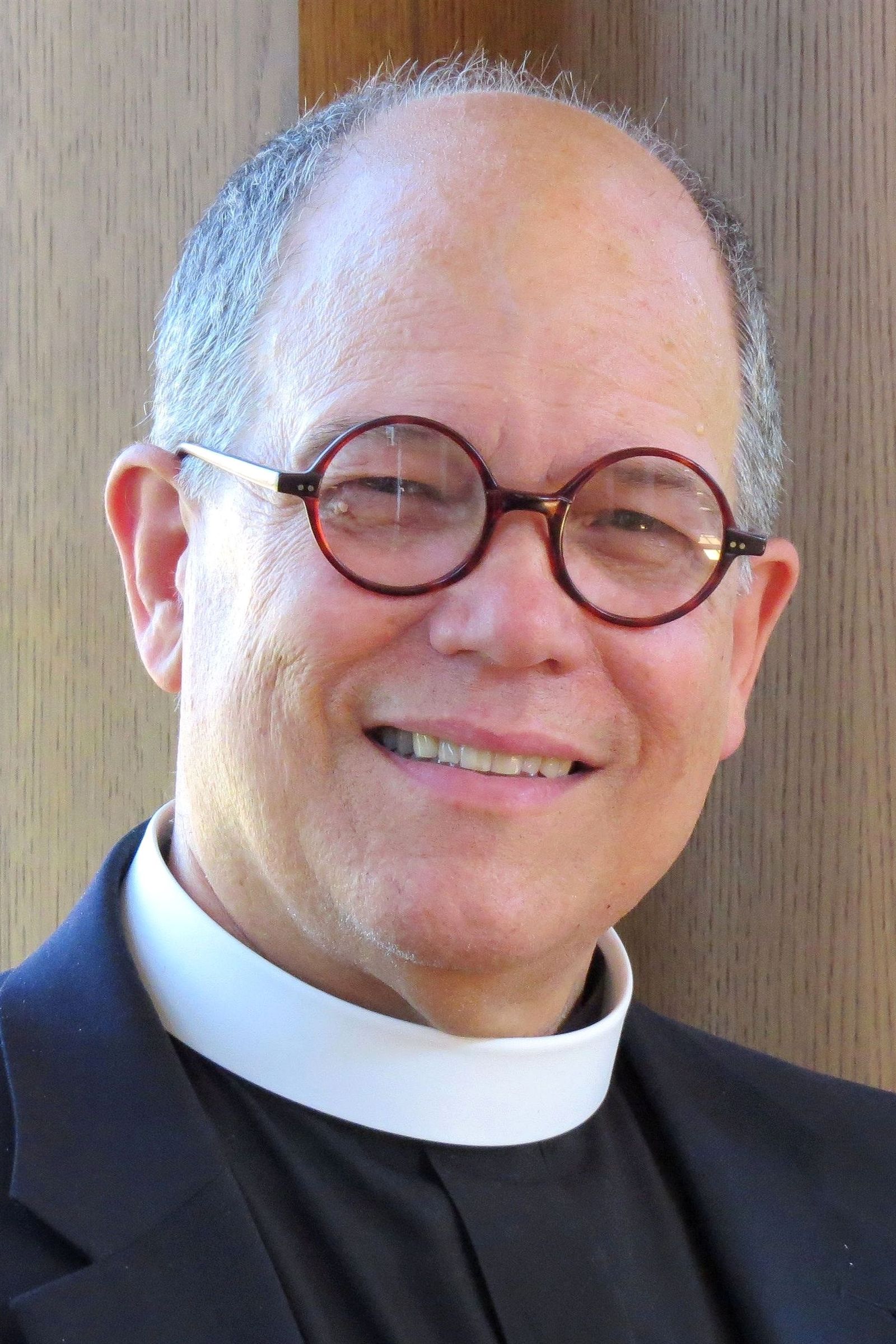 The Rev. William Bradley Roberts, D.M.A., is Professor of Church Music at Virginia Theological Seminary (Episcopal), Alexandria. Prior to coming to the seminary he was Director of Music at St. John’s, Lafayette Square, Washington, D.C. He has held similar positions in Tucson, Ariz., Newport Beach, Calif., Louisville, Ky., and Houston, Tx. While in California Roberts sang with the Los Angeles Master Chorale, a professional ensemble resident at the L.A. Music Center. He is a composer of choral and liturgical music, published by Augsburg-Fortress, Church Publishing, Hope, MorningStar, Paraclete, Selah, and St. James Music Press. He is author of the book Music and Vital Congregations (NY: Church Publishing). A recording of his choral music is published by Gothic Records in a series from the Washington National Cathedral. Active in the work of the Episcopal Church, Roberts has served as Chair of the Standing Commission on Church Music, and Chair of the Leadership Program for Musicians. He has served as Chair of Alice Parker’s Melodious Accord. Roberts has done sabbaticals at Solesmes and Taizé in France, with composer Alice Parker, and in England, Scotland, and Argentina. He is a frequent presenter at workshops and conferences and has conducted numerous major works with chorus and orchestra.