DEADLINE TO REGISTER: August 3rd to reserve lunch and to assure materials/links will be ready for you, but registrations will be taken until August 6 at noon.  Note:  Sessions will be recorded, so all sessions will be available to anyone registering for the event.

For a complete schedule of the classes, click here.

For class materials, click here (for registered members only).

**Attendees wanting to play for Dr. Cramer in the Organ Masterclass, please email Dr. Kroeker at ckroeker@churchmusicinstitute.org by July 23. 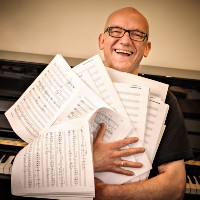 As a composer, conductor, and singer, Bob Chilcott has enjoyed a lifelong association with choral music, first as a chorister and choral scholar in the choir of King’s College, Cambridge, and for 12 years as a member of the King’s Singers. He became a full-time composer in 1997, and has produced a large catalogue of music for all types of choirs which is published by Oxford University Press. His most often performed pieces include Can you hear me?, A Little Jazz Mass, Requiem, and the St John Passion. In March 2021 Songs my heart has taught me received its world première from the BBC Singers in a virtual ACDA National Convention.

Bob has conducted choirs in more than 30 countries worldwide and has worked with many thousands of amateur singers across the UK in a continuing series of Singing Days. For seven years he was conductor of the Chorus of The Royal College of Music in London and since 2002 he has been Principal Guest Conductor of the BBC Singers. In 2017 Bob was awarded an Honorary Fellowship by The Royal School of Church Music and in 2019 took up the role of Principal Conductor with Birmingham University Singers.

His music has been widely recorded by leading British choirs and groups including The King’s Singers, King’s College, Cambridge, Wells Cathedral, Westminster Abbey, The Sixteen, Tenebrae, The BBC Singers, The Bach Choir, Commotio, and Ora. In 2016 he enjoyed a collaboration with the celebrated singer Katie Melua on the album In Winter. In 2017 two new discs were released by Commotio and Choralis – All Good Things on Naxos, and In Winter’s Arms on Signum, his first recording collaboration with an American choir. Newer recording projects are with the BBC Singers, Houston Chamber Choir, and Wroclaw Philharmonic Choir. 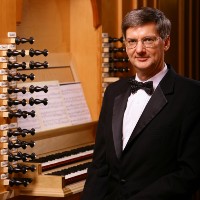 Craig Cramer recently retired after thirty-nine years as Professor of Organ at the University of Notre Dame. He earned the DMA in Organ at the Eastman School of Music, which also awarded him the Performer's Certificate in Organ. One of the most traveled organists of his generation, Cramer maintains an active recital career across the country; his annual European concert tours have taken him to Austria, Belgium, The Czech Republic, England, France, Germany, Luxembourg, Poland, Scotland, and Switzerland. He has performed for regional and national conventions of the American Guild of Organists as well as for many AGO Chapters across the country.

Cramer has released twelve CD recordings including releases on the Arkay, Dominant, Dulcian, Motette-Ursina, Organeum, and Sonic Windows. He has recorded three CDs for Naxos, including a recording of works by Buxtehude on the Fritts organ at Pacific Lutheran University. Cramer is currently Visiting Professor of Organ at Yale University. 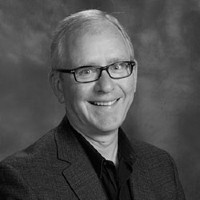 Dale Dietert is a voice teacher and coach who has trained singing actors in their craft for over twenty-five years. He has served on the vocal faculties of the University of California at Santa Barbara and Texas State University, the Britten-Pears School for Advanced Musical Studies (Aldeburgh, England), the International Institute of Vocal Arts (Tel Aviv, Israel), the Bel Canto Institute (Santa Barbara), the International Vocal Arts Institute (Tampa, Florida) and the Sommerakademie Mozarteum (Salzburg, Austria). He joined the voice faculty of the Meadows School of the Arts at Southern Methodist University in 2005. Equally at home as a collaborative pianist, Dietert has appeared with vocalists throughout North America and Europe, on all of the major concert stages in New York City.  He also is Director of Music Ministry at St. Luke’s Lutheran Church in Richardson, TX, a position he has held since 2012.

**Important Reminder: To register for this event, you MUST be a CMI member. To become a member, click here, and then come back to this event page to sign up for the event. If you are an AGO and ACDA member, discounts for CMI membership are available under your account on those sites.