"Singing in Our Hearts AND with Our Voices – Again and Always!"

The 2022 CMI Summer Intensive will focus on re-engaging choirs and congregations in singing for worship. From exploring why it is important to sing to understanding how we sing well, opportunities will abound to consider the song of the church at this point in history. Repertoire, resources, and best practices along with worship sessions will pack Friday, August 5 and Saturday, August 6, with inspiration for musicians and other worship leaders.  "After Words" Online Discussion on August 11 at 4:00 p.m. Central.

DEADLINE TO REGISTER: August 2nd to reserve lunch and to assure materials/links will be ready for you, but registrations will be taken until August 4 at noon CST.  Note:  Sessions will be recorded, so all sessions will be available to anyone registering for the event. 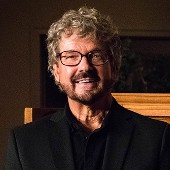 Dr. Michael Burkhardt is internationally known for his sacred choral and organ compositions, hymn festivals, and for his creative work with children.

Dr. Burkhardt is Artist-Professor of Organ at Eastern Michigan University, and Founder-Artistic Director of hearts, hands and voices Worship and Fine Arts Program for Children in Southeast Michigan. From 2013-2018 he served Holy Cross Lutheran Church, Livonia, Michigan, as Cantor and from 2001-2007 he served on the faculty of Carthage College (ELCA) in Kenosha, Wisconsin, as Director of Choral Activities, College Organist, and Artist in Residence. Dr. Burkhardt holds an undergraduate degree from Carthage College, a M.M. from Southern Methodist University, and a D.M.A. from Arizona State University.

In addition to his many sacred organ and choral compositions, Dr. Burkhardt also is author of Singing with Understanding  (a curriculum utilizing the great hymns, folksongs and spirituals of the Church to share faith stories and to teach the elements of music and worship), Read ‘n Ring (a graded curriculum for teaching literacy to and exploring musicianship for handbell/handchime ringers), and Worship for the Young Child (a worship resource providing engaging, inclusive worship experiences for young children with teaching guides), and Creative Hymn Playing (a hymn-based improvisation method-resource for organists). 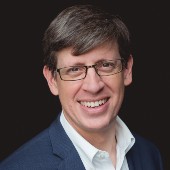 Dr. Carey Cannon is Director of Music, Arts, and Traditional Worship at Highland Park United Methodist Church, Dallas, TX. Before taking his current position, Carey served eight years as the Minister of Music at South Main Baptist Church in Houston. Prior to Houston, Carey served nine years as Minister of Music at Providence Baptist Church in Charlotte, North Carolina where he also worked as Associate Conductor for the Charlotte Children’s Choir, Adjunct Faculty for the UNC-Charlotte Men’s Glee, and Founder and Artistic Director of the Carolina Men’s Chorus.

Prior to this post-graduate work, Carey received a Bachelor of Arts from Furman University. He served five years in the United States Army based in Washington, DC where he was a bass vocalist with the U.S. Army Chorus and performed regularly for heads of state, dignitaries, and numerous White House events. While in Washington, Carey also served as a chorister with the National Cathedral Choir of Men and Boys. Carey holds a Doctorate in Musical Arts in Choral Conducting from UNC-Greensboro and Master of Arts degrees in Choral Conducting and Vocal Performance from George Mason University. Carey and his wife, Janet love being parents to their two children, Caroline and Duncan. 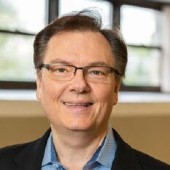 Dr. Lynn Trapp is Director of Liturgy and Music at St. Joseph Catholic Church in Baltimore, MD where he maintains a career as concert organist, pianist, conductor, composer and liturgist.

As organ recitalist he has performed in many major cities of the U.S. and Europe including regional and national conventions of the National Association of Pastoral Musicians and the American Guild of Organists.  He has served as clinician and choral conductor at conventions of AGO, ACDA, NPM and liturgical conferences around the country.  Since 1997, as co-director of the American Pilgrimage Choir he has led concert tours to thirteen European countries and the Middle East.

His nearly 100 choral and keyboard compositions are published by eight mainline publishers.

He is the winner of several national organ competitions, and recipient of academic awards including the Distinguished Alumnus award from Southern Illinois University and the Spirit and Truth Award from the University of Notre Dame.

Lynn is a native of Missouri and married to Karen Rene Trapp.
www.lynntrapp.com