The Church Music Institute is proud to offer a timely online workshop that explores navigating the “New Normal” for those who lead worship with Dr. David Arcus and Dr. Don Horisberger, featured Clinicians as The 2020 Paul Lindsley Thomas and Hal Hopson Lecturers. The workshop will also including the film, Sacred Sound with Rev. Robin Arcus. August 7th and 8th.

Don H. Horisberger (see bio below) will explore using public domain and other music appropriate for streaming with tips for conductors to maximize musical and textual beauty, as well as show how to build a Lessons & Carols for Advent service that is suitable for live streaming. 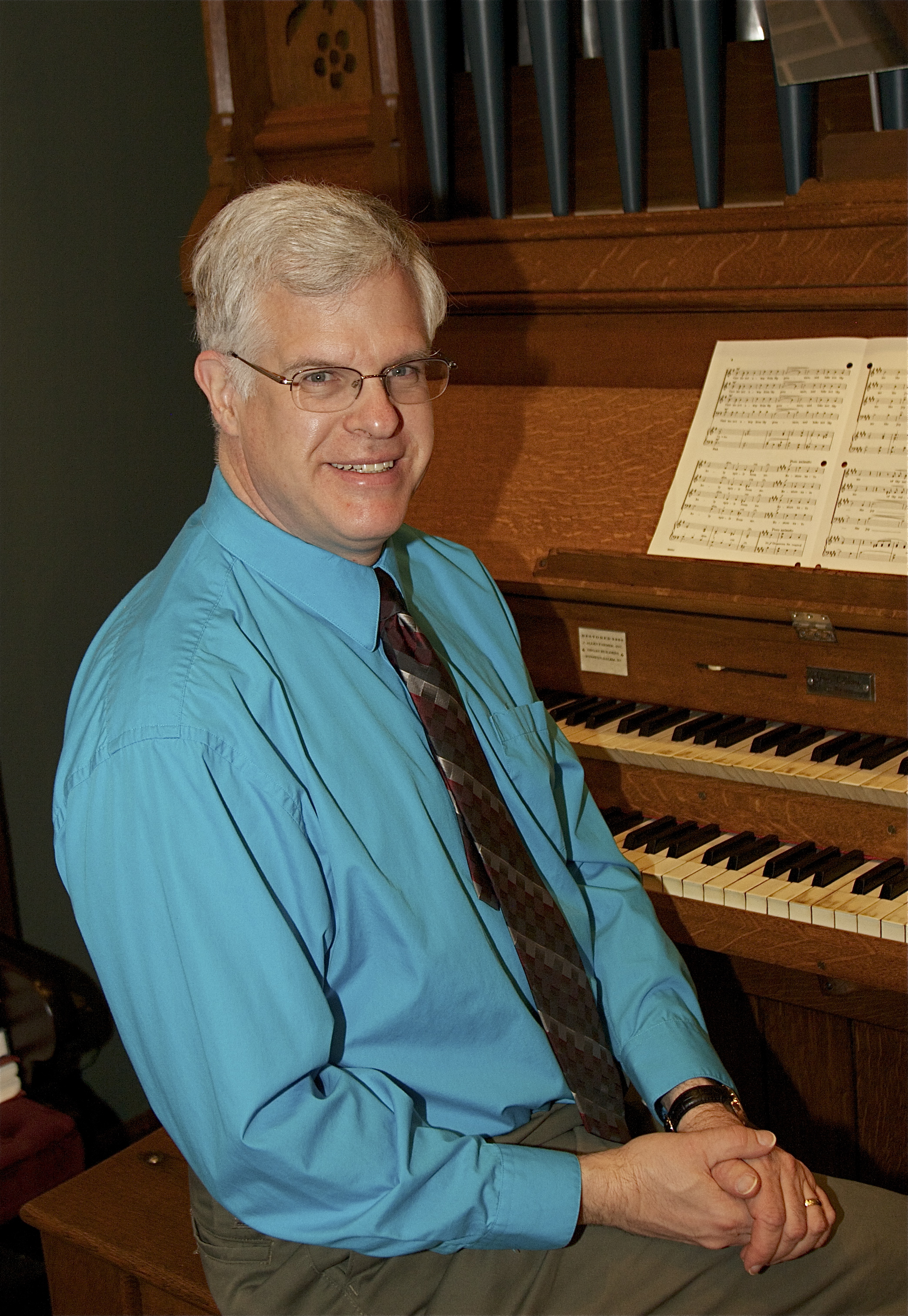 David Arcus is Director of Music and Organist of St. Matthew’s Episcopal Church in Hillsborough, North Carolina, where he overseas adult and junior/youth choral programs and presides at the 1883 Hook & Hastings organ in the early nineteenth century church. Since July 2018 he has also been serving as Music Director for the Raleigh Convocation Choir, an itinerant ensemble dedicated to sharing the great heritage of church music with Episcopal parishes across the Diocese of North Carolina. He previously served as Interim Director of Music at All Saints Parish Church, Northampton, England, where he conducted and played organ for seven choral services weekly. He was at Duke University for nearly 30 years, where he served in various capacities in the Department of Music, Divinity School, and Duke Chapel.

Dr. Arcus holds degrees from the Oberlin Conservatory of Music and the School of Music at Yale University, where he earned his Doctor of Musical Arts degree. He has received awards in composition and improvisation competitions, and he is in demand as a solo recitalist, having performed throughout the United States, Europe, and Great Britain. He has also toured with the Duke Chapel Choir in Great Britain, Poland, The Czech Republic, Spain, Greece, Turkey, and China, and he has appeared as organist with the North Carolina Symphony Orchestra. He has served on the faculties of St. Mary’s School, Duke University, and the University of North Carolina at Chapel Hill, North Carolina.

Dr. Arcus' recitals have included premieres of new works by well known composers such as Aaron Jay Kernis, Dan Locklair, and Marianne Ploger. He is frequently commissioned to write new works for organ and choir, and he is also active as clinician, teacher/lecturer, and conductor. Dr. Arcus has presented workshops and masterclasses on service playing and organ improvisation for the American Guild of Organists, and he has served as Course Organist for RSCM (America) training courses, service organist for the RSCMA National Choir, and conductor for the 2018 Carolinas Trebles Chorister Festival. His compositions are published by Concordia, Hinshaw, and Wayne Leupold Editions. His CD, The Organs of Duke Chapel, is on the Gothic label. 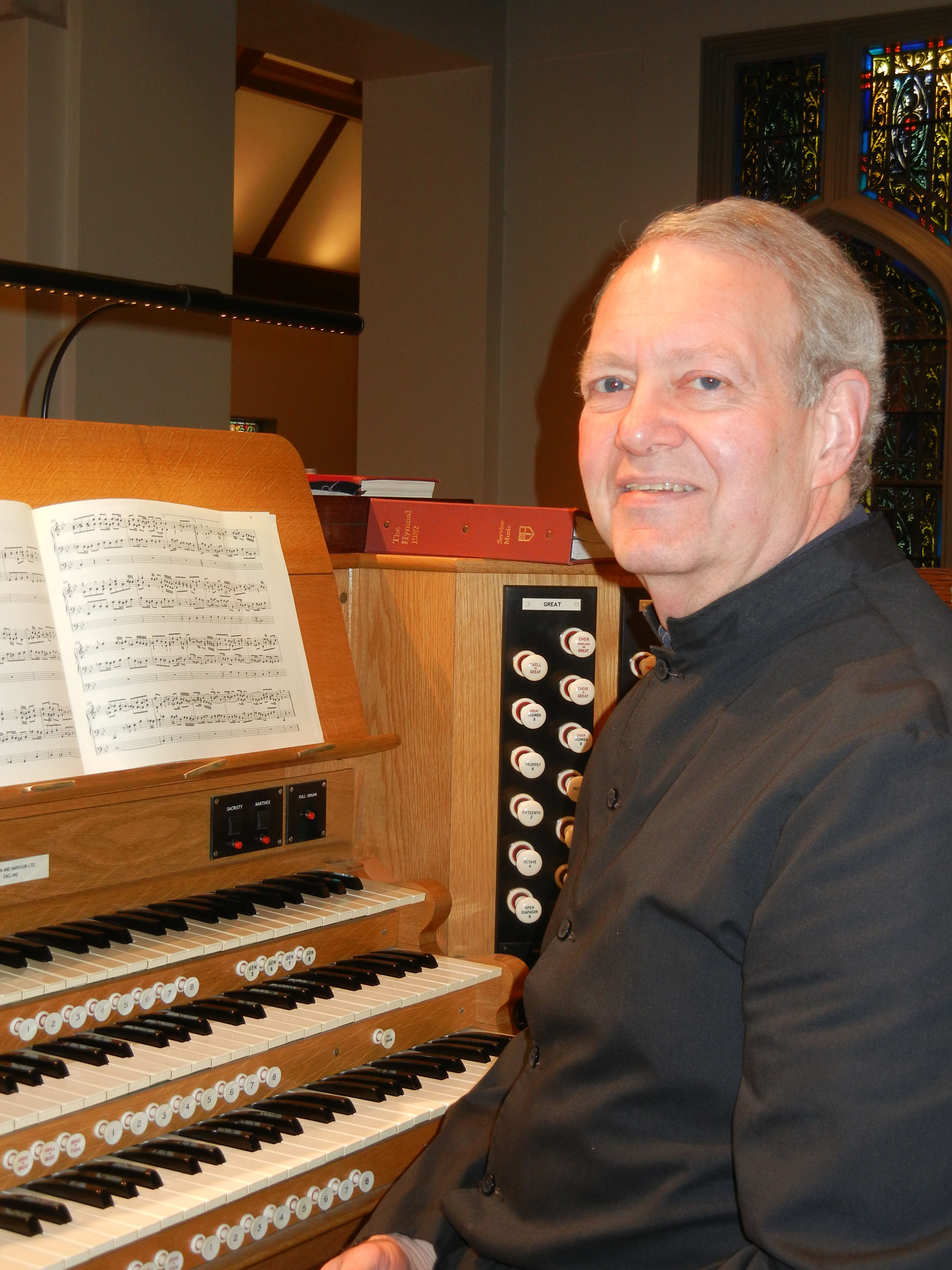 Don Horisberger earned his Bachelor of Music degree from Capital University, Columbus, OH. He received both Master and Doctor of Music degrees from Northwestern University, where he studied organ with Karel Paukert and Wolfgang Rübsam, and choral conducting with Margaret Hillis. A Fulbright-Hayes scholar to Germany, he studied organ, church music, and performance practice at the Hochschule für Musik, Theater und Tanz in Essen-Werden with Prof. Gerd Zacher.

Don has held church positions since his college years, having served in Methodist, Presbyterian, Lutheran, and Catholic churches. He was appointed Organist and Director of Youth and Bell Choirs at The Church of the Holy Spirit (Episcopal), Lake Forest, IL, in 1988, assuming the Organist/Choirmaster position there in 1991. In addition to his choir and organ duties, Don coordinated the church’s Music in the Nave Series. Under his leadership, the adult choir of the church was invited to serve week-long residencies as "Visiting Choir" at the English Cathedrals of Wells (2000), Ely (2004), Durham (2007), Salisbury (2012), and Lincoln (2016). When he retired from church work in 2018, Don had served as a church musician for more than 50 years.

Don began singing with the Chicago Symphony Chorus in 1977, and became a professional member the following year. Later, he was named bass section leader, became assistant to the German coach, and was assigned understudy roles. In 1989 he was appointed Assistant Conductor by the Chorus’s founding music director Margaret Hillis, and in 1997 was named Associate Conductor by current director Duain Wolfe. In these capacities, he regularly assisted in preparing the chorus for performances with the Chicago Symphony Orchestra, and assumed full responsibility for choral preparation of several programs, including the critically-acclaimed 2016 performance of the Brahms German Requiem under Jaap van Zweden. Don retired from his positions with CSC also in 2018.

From 1979 to 1997, Don directed the Waukegan Concert Chorus and its three chamber ensembles. During his tenure, this volunteer chorus grew from 23 to 140 singers, and achieved considerable acclaim as the premier choral organization of the Chicago-Milwaukee corridor. In 1987, the chorus performed with the Manhattan Philharmonic in New York’s Lincoln Center. In 1989, it was invited back to New York for a solo performance of Vaughan Williams’s “Serenade to Music” and Hanson’s “Lament to Beowulf” in Carnegie Hall, which Don conducted. In 1996, the chorus joined the Chicago Symphony Chorus in its performances of Mahler’s “Symphony No. 8,” and in 1997, it was engaged to perform under Eric Kunzel’s baton at the Ravinia Festival. Under Don’s direction, the Waukegan Concert Chorus performed most of the major choral repertoire, and appeared in numerous venues through the Midwest.

Active throughout his career as a recital organist, clinician, lecturer, and guest conductor throughout northern Illinois, as well as in Cleveland, San Francisco, New York, Dallas, and Europe, Don continues these activities. A member of the Association of Church Musicians in Madison, he has conducted a choral festival and played on member benefit recitals. He also continues with occasional church work, especially at St. Andrew's Episcopal Church, Madison.

Timothy Binkley has recently joined the faculty of Berea College in Berea, Kentucky, as Head of Special Collections and Archives. A librarian, archivist, historian, and member of the clergy, Binkley has served on the staffs of Perkins School of Theology, Dallas (2009-2020), United Theological Seminary, Dayton, Ohio (2005-2009), and as pastor of the Onekama (MI) Church of the Brethren (1994-2003). He studied at The Defiance College (B.A., 1985), Bethany Theological Seminary (M.Div., 1993), and Wright State University (M.A., 2005). Tim and his wife, Michelle Grimm, have participated in church music programs much of their lives and both have served in leadership roles.

Tim's interest in copyright goes back to high school and was developed further in seminary. The Rev. Dr. Nancy R. Faus Mullen's pointed remarks that churches should not be actively engaged in theft (i.e. copyright violation), but must give credit (verbally, textually, and monetarily) to creators of worship resources and music, turned an interest into a cause. After all, if the church regularly chooses not to act ethically, why would we expect others to look to us for moral leadership? And who will serve faith communities as authors, composers, arrangers, and publishers if we deny them an honest living?